OUR PATH AND
OUR CHALLENGE

The law firm of Knopflemacher Advogados were established 20 years ago by Marcelo Knopfelmacher in São Paulo, focused, primarily, on tax law for the first 15 years.

Tax litigation has always been a constant of this firm, including cases dealing in constitutional concern, the impact of which are still of noted relevance today.

With a significant increase in anticorruption measures in 2014 and the demand that this created, the firm expanded our expertise to the practice of criminal law as well.

During this time, Criminal law and related legal matters, driven by governmental task forces, took on massive dimensions throughout the country.

Given the natural progression of the criminal laws, the establishment of plea bargaining in 2013, and our commitment to the challenge faced, we further intensified, with great passion, our practice of Criminal Law

Our substantial previous experience with Tax Law, having established a channel with the corporate world, directed our practice toward the realm of Criminal Law and provided, through private advocacy, a protection against the greatly feared Task Forces mounted by the State agencies and government.

Retired in June of 2018 from the Sao Paulo State Attorney General’s office after a distinguished and extensive 30-year career, having served at the highest levels within that institution, Felipe Locke Cavalcanti joined the offices and completed the team.

Starting in 2020, and for the first time in 20 years, the name of the Law Firm was changed to Knopfelmacher Locke Cavalcanti Advogados, thus concluding the consolidation cycle which has established a law firm capable of performing at the highest level of excellence in the practice of Criminal and Tax law.

OAB/SP Sectional Counselor and President of the TRF-3 Relationship Commission. 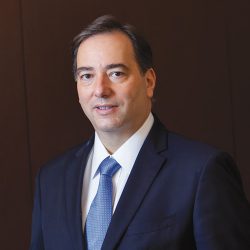